I attended the virtual genealogy conference this weekend put on my Family Tree University and it was awesome!

Freebies in the 'Exhibit Hall,' daily door prizes, and a discussion board with lots of different topics.

All from the comfort of my couch, with my dogs, no cost for gas and arranged around my schedule.

Don't get me wrong, I still like going to a conference, but the virtual one was awesome as well.

I gave Evernote a work-out this weekend with the conference. I created a notebook just for this conference and made a note for each class that I've watched, each live chat or transcript that I've gone through, and even made one for reading through the freebie digital Family Tree Magazine.

I've added articles to a separate notebook to be read later.

I even learned about a new, at least to me, Evernote feature that I LOVE. It's called Penultimate, and it's a free app, it requires a tablet (I have an iPad) and a stylus. It's allows you to write notes on your tablet and creates it's own notebook in Evernote.

At this moment, I've only played around with it so I don't have all the ins and outs, but good bye paper notebook! Don't get me wrong, paper still has it's place, like a copy of a map from the library, but my library bag just got lighter.....

There is another virtual conference planned for September 19 - 21, here's the link, go check it out.

Ok, I'm headed back to the conference now. More discussion boards to look at and another live chat coming up.

I would be remiss if I didn't share the link to DearMyrtle's blog where I was introduced to the idea of Evernote and genealogy.

I recommend checking out DearMytle's blog, she has great posts and shares not only new ideas (like Evernote) but also genealogy news that she comes across (documents being destroyed).

I had dabbled with Evernote before, not for genealogy, and quickly dismissed it.

First off, I am NOT a paper person. In my professional life I use paper to take calculation notes and to review documents so that I can mark them up, but other than that.....give me electronic copies.

So before Evernote, when I have been cruising around Ancestry or Family Search and found a Reed surname that might be useful, I would save the image and think "I'll get back around to that later, if it turns out useful." Uh huh............

I just switched from my PC to sharing a Mac with my hubby and I had several mysterious Census images, that have a Reed on them somewhere, but I haven't a clue what led me to them or what my thought even was. That's not counting the same types of files that I have stashed away on my USB drive that I use for genealogy docs.

But, let me share with you what happened last night and how Evernote has changed my genealogy life.

I was searching for an elusive land record for a Bowen ancestor on Family Search. I typed in his name and up popped a death record....well this is interesting. But, I'm trying to find a land record.

Out comes Evernote and since I was on the laptop, the side-kick Web Clipper for Evernote. I grabbed a snapshot of the screen, the clipper program put it right in Evernote. I have a 'notebook' for this Bowen ancestor, so I filed it in the notebook with a note to look at it later. Da duh!

When I gave up the land record search, I went back to Evernote, pulled up the notebook and my note, went out to the WV Cultural Archives website, did a death record search (which was not the right guy), and then updated my note that this wasn't my ancestor.

So, not only was I able to save the surprise image, record why I saved it and what I needed, but then when I did it and it didn't work, I could update my note.

Again, not a paper person, so I've never done a research log, but now I can with Evernote.

Since Evernote on the laptop has the ability to create 'stacks' I made a Reed stack and a Bowen stack - each couple has their own notebook where I can stick tidbits or reminders for things.

The Reid/Reed Surname Mystery and Those Pesky Nicknames!

I know from all my research on Harry Sr that the city directory for Charleston is a wonderful source of information and there began my search.

I couldn't find the names I was looking for - Wayland or Wailon, Reed or Reid. I was a tadbit frustrated.

So I tried searching by his wife Phoebe Ruth. There was no Phoebe, but there was a Ruth.....ah ha.

Ruth Reid's husband was listed as William R Reid. Nope, can't possibly be him.....or could it?

Before dismissing it completely, I went back to the 1930 census to look at the house number, maybe I could confirm it that way. But no luck from that angle. I did, however, notice that he was listed as a machinist in a glass factory.

Guess what William's occupation is? He's a machinist at the Libby-Owens-Ford Glass company.

So, now I have another name to add to the search - could Wayland/Wailon be a nickname for William R Reed?

Before I married into this family, I would have been utterly surprised by the nickname because there does not appear to be a connection. But, this is from the same family where Harry Jr was called Jack and Mable Louise was called Penny.

Perhaps the new name will allow me to find  the death record for Wayland/Wailon/William, whatever his name happens to be, lol.

New, to me at least, genealogy research tool

Howdy!
I am trying to work with Evernote to help with my research.
Since the Reed paternal line is somewhat elusive I have to kind of search around and go 'well that could be them' and then save it for later verification.
I'm hoping that Evernote will help with that. Using my Ipad, iPhone, and Mac I can grab screenshots or copy links, all sorts of things.
There are notebooks that you can create and then make a stack of books. So,for instance, I can make a book for the newly found line of Wayland Reed (Reid) and wife Phobe, label it RWPK to match my computer filing. Then make a stack of Reed notebooks.
I'm really looking forward to putting Evernote through it's paces.
I also have more Reed line revelations to share in a future post.
I'll share more as I continue to work with Evernote.
Later!
Posted by Unknown at 10:27 AM No comments:

I posted about finding Harry Sr's Death certificate (link to post) and mentioned that I thought I could be misreading the names because nothing popped up. Lo and behold, one of my readers, Allen, posted some Census information.

I had already come across the 1920 Census, where Harry Sr's dad is listed as Wayland Reid, misspelled by the Census taker. 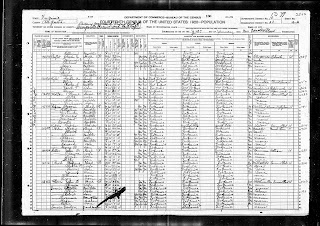 But, he also pointed out a 1930 Census that I hadn't seen yet. Harry Sr isn't on the Census with this family anymore, since he married Agnes in 1925, but his other siblings are on there.

On the 1930 Census Wayland Reed becomes Wailon Reid - where do they get these spellings?? 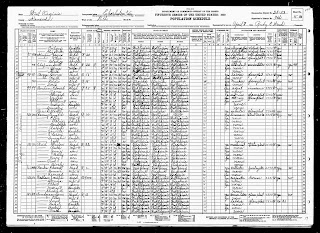 At first glance, I was ready to dismiss this due to the wonderful spelling, but I started to tie somethings together, not only between the 1920 and 1930 Census, but also to Harry Sr's children.

In 1920, Harry Sr's mother is Phoebe R Reed. In 1930 she is Ruth Reed. So, I'm thinking she's Phoebe Ruth Reed. One of Harry Sr's daughters is Nellie Ruth Reed. Possible named partially after her grandma?

Harry Sr, his parents, and most of his siblings were born in Virginia, but Harry Sr gets married in 1925 in Charleston, WV. My theory has always been that the Reed family moved to Charleston, at some point.

The 1930 Census puts Harry Sr's parents and siblings in Charleston, WV. I get goose bumps just writing that. :-)

My next hunt is to move Harry Sr and parents back to the 1910 Census.

So far, I've searched the matching enumeration district in 1910 and the two districts on either side of it and no dice.

I've gone through a couple of other townships in the Augusta County for 1910 and nothing is coming up.

I have finally got my hands on Harry Sr's death certificate. Woohoo!!!!!!

I learned the counties that his parents were born in and I have their names.

I'm struggling with reading the names of his parents. I think I know what they are, but I'm not finding any records pop up. Of course, knowing this family they could be a nickname or they have a nickname on the record, which would be just my luck.

Anyone want to give a shout-out with ideas of what the names are? 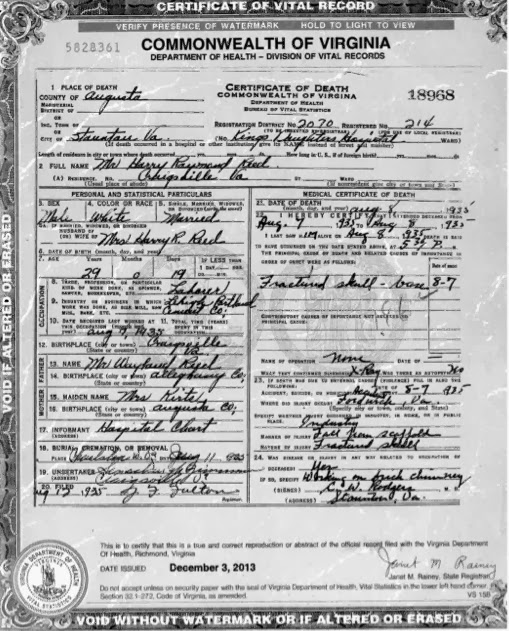 Like everything with the Reed family, it feels like I take two steps forward only to go backwards.....

Found some slightly exciting information tonight.
Harry Sr's obit says that a Rev M R Smith officiated at the funeral.
I did, yet another, search in the Charleston newspaper and finally find something. 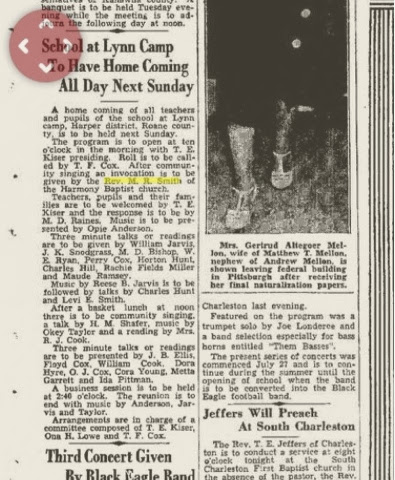 Rev Smith was at Harmony Baptist Church. The church doesn't appear to be around any longer, of course.
I'm now on the hunt for any church records there might be.
BTW - obviously, the previous church search didn't pan out....
Wish me luck!
Posted by Unknown at 7:24 PM 1 comment: 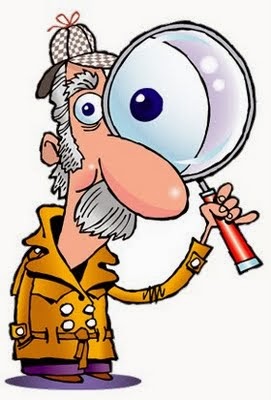